Science and Research are not road construction works although they are treated like this by the Greek government. As the chairman of the Foundation of Research and Technology-Hellas (FORTH), Prof. Nektarios Tavernarakis says, “A looming problem that Greek research centers need to overcome, is the extremely complicated bureaucratic system for handling and dispensing research funds”! The Foundation for Research and Technology-Hellas (FORTH), established in 1983, is one of the largest research centers in Greece with well organized facilities, highly qualified personnel and a reputation as a top-level research foundation worldwide. The Foundation, with headquarters in Heraklion, Crete, includes eight Research Institutes in different parts of the country. 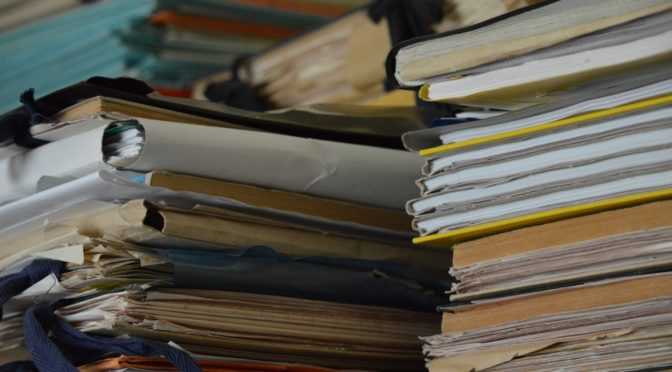 A new legislation (articles 62 and 63 of Law 4485/2017), put into force on January 2019 obliges hundreds of researchers in Greece to draft detailed budgets months or even one year in advance. A detailed budget, which must be submitted before the start of the new year, is obviously unfeasible to estimate because of science and research needs are quite unforeseeable. “When we talk about scientific research trajectories, you can never predict all the minute details. You don’t know the outcome of experiments, you may need to change strategy or design a different plan which requires additional budget, or you may need more, or different, consumables and instruments for another experiment. All this is normally on the research agenda” explains Prof. Tavernarakis, adding that budgets now need to be approved well in advance of every expenditure.

According to this new legislation, researchers are expected, from as early as September or October, to determine their research and budgetary needs for the upcoming year. Such bureaucracy can’t be applied in research. And this has caused considerable pain to Greek researchers. “Just think about it”, says the Chairman of FORTH and continues: “In our Institution hundreds of research programs are currently running. Each of them requires detailed planning with an accuracy of up to the last euro. According to the new terms, detailed budgets should be available from the beginning of the year. For even the slightest change, the whole process should be repeated and budgets revised. During the year, hundreds of forms will need to be processed by each researcher, for each activity or budgetary item. However, research, by nature, requires planning flexibility”.

Research is a dynamic process which can’t be trapped in complicated management processes that dissuade researchers from their scientific targets. “Moreover, secretariat support is undoubtedly an issue which should be taken into account το facilitate the management process and to help researchers understand the complicated and oftentimes demotivating bureaucracy”, claims Dr. Costas Demetzos, a Professor of Pharmaceutical Nanotechnology and Director in the Laboratory of Pharmaceutical Technology, Department of Pharmacy of National and Kapodistrian University of Athens, adding that the development of new legal frameworks should aim at simplifying the procedures for cost handling, while simultaneously contributing to a more transparent environment.

“What is more, there are several procedures required for each of these actions like search estimation, pre-approval, public announcement (as if this whole process is increasing transparency!), and several documents that need to be signed. Following the above, one needs to put across a detailed claim form, composed of several documents that need to be signed by several people too. In the past, I used to employ 1 and then 2 project managers that could handle all my projects. I now use 5, and they are not enough. They spend more than 4 hours per day queuing in the University Research Committee document receiving desks. In the past, it used to take us some minutes to complete a transaction. It now takes several days!” adds Dr. Panagiotis Bamidis an Associate Professor in the Lab of Medical Physics, Medical School of the Aristotle University of Thessaloniki, Greece.

In addition, another danger that may arise from the increased bureaucracy, is the loss of human capital. Many researchers may be discouraged to continue their research in Greece and may choose to become part of the brain drain. If we are to achieve “brain gain”, we should establish a research environment that would be favorable for scientists to carry out their research in Greece. Apart from facilities, funding and infrastructure, we should be able to provide an attractive research legislative framework.

The Hellenic Researchers Association, in an open letter sent to the Prime Minister, Alexis Tsipras, urges that several concrete steps should be taken to solve this huge problem which is caused by the persistent bureaucracy. Otherwise, the Greek government will realize in practice that bureaucratic behavior is even more damaging than it thought. Bureaucracy must be understood within the broader research bodies in which it operates otherwise, it fails to identify the real problems.

“Last but not least, it has to be said that transparency is not equivalent to bureaucracy! This whole system is insane; we do end up paying much more, spending/wasting public money for doing less work, less efficiently. It’s a real danger!”, Professor Bamidis concludes. Source