Home IS GREECE READY FOR THE INDUSTRY 4.0?

IS GREECE READY FOR THE INDUSTRY 4.0?

According to a recent study released by McKinsey Global Institute roughly one-fifth of the global workforce will be impacted by the adoption of AI and automation, with the most significant impact in developed nations. The Future of Jobs Report 2018 refers that 50% of companies believe that their numbers of full-time staff will be decreased by 2020 due to automation and by 2030, robots will replace 800 million workers across the world. It reports also that 38% of businesses believe AI and automation technology will allow employees to carry-out new productivity-enhancing jobs while more than 25% of companies think automation will result in the emergence of new roles or types of jobs. 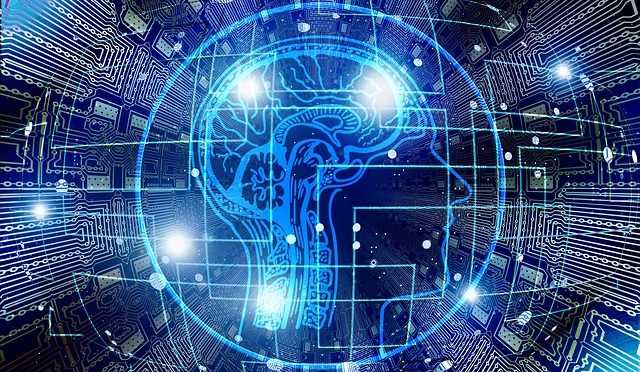 “In today’s rapidly changing environment, futures thinking, and long term strategic planning are broadly accepted by corporations and governments worldwide, as tools to address the uncertainties and take advantage of the opportunities that are popping-up and disappearing at a breakneck pace”, says Dr. Epaminondas Christofilopoulos, Head of UNESCO Chair on Futures Research, FORTH adding that nobody shall feel safe. Everybody shall track the strong or weaker signals of change and take action to secure resilience in the next era. No sector or profession will be unaffected. Even traditional sectors of the Greek economy like tourism, agrofood and shipping will be seriously affected, while the market will request specific skills and knowledge that is currently not sufficiently offered through the education system.

According to the “Readiness for the Future of Production Report” 2018 by the World Economic Forum, Greece ranks rock bottom among 100 countries around the world in the future orientation of its government, and is the only Western European economy to be classified as “emerging” in terms of readiness to take part in the Industry 4.0. The Greek government from one side is struggling to adapt to the new future demands, but on the other remains attached to past patterns. For example, it responded to the challenges of the Industry 4.0 by creating one more governmental structure (such as the Ministry of Digital Policy), which simply added bureaucracy, without substantially contributing to the digital transformation of the economy / society. “What we need not tomorrow, not today but yesterday is upgrading primary, secondary and higher education as a matter of national urgency as well as investing in research and development of new technologies at home. Otherwise the inevitable introduction of automation into the manufacturing sector and AI into the service sector will create social turmoil and exacerbate inequalities” says Kostas Ifantis a Professor at Panteion University of Athens. In the era of crisis there are several Research Centers in Greece that foster close relations with the industry and the private sector. For example, the Foundation for Research and Technology – Hellas (FORTH), for over the more than 30 years, has been the cradle of many successful spin-off companies, and productive partnerships with the private sector. FORTHNET, the company that literally brought the internet to Greece, is a prominent example; there are numerous others. “FORTH has demonstrated its determination towards further strengthening relationships with the private sector and the industry by creating the PRAXI Network, which is a highly experienced and well-stuffed technology transfer unit. Through the efforts of the PRAXI Network, many productive partnerships between research teams from all Institutes of FORTH and companies in Greece and abroad have been established”, says the Chairman of the Board of Directors Foundation for Research and Technology – Hellas, Prof. Nektarios Tavernarakis. FORTH also operates in its premises the Science and Technology Park of Crete, an incubator of start-up companies that seek to maintain close ties with the academia and research groups at FORTH. This symbiosis provides ample opportunity for fruitful interactions. A recent global scenario study performed by the Millennium Project for the future of work and technology towards 2050 that sketches three alternative futures, underlines exactly that the future can be brighter but for this we need long-term planning without prejudice and we need serious investment on the new tech. If governments, like the Greek one, underestimate the impacts of artificial general intelligence and have no strategies in place, unemployment is expected to explode in the 2030s leaving the world of 2050 in political turmoil. Greece has increased Research and Developing spending to 1% of GDP which is quite high for Europe. It seems, however, that this was no more than a service to the academic community without “opening up” new prospects by linking research to entrepreneurship and innovation. At the moment, excessive research is conducted in the name of society and funded by state resources but it doesn’t return back to it in the way it should. At the same time, in some cases the government, the professional trade unions and the media don’t support the innovation and undermine the private initiatives. Characteristic was the case of Beat, one of the few Greek start-ups that created a globally competitive mobile application and attracted a strong international automotive group investor. “The Greek philosopher, Heraclitus, born in 544 b.c., was the first man in history to talk about the concept of continuous change, nevertheless this is exactly what is missing by modern Greeks in order to address the impacts of the financial crisis, and address the challenges of the Industry 4.0 and the upcoming colossal wave of new technologies that will affect every single aspect of our lives”, Dr Epaminondas Christofilopoulos comments. The “Readiness for the Future of Production Report” 2018 mentioned that Greece is a laggard in Europe not due the lack of the human capital, infrastructure or natural resources, but rather due to the lack of the appropriate institutional framework and the necessary investment in technology. Trapped in the traditional concept of “clientelism”, the Greek policy serves corporate interests and undermines the set of an innovative business model, developed by Greek bright minds which can bring new wealth. With the above examples of pursuing policy and the high taxes “killing” the entrepreneurship, every discussion about “brain return” seems hypocritical. Hundreds of thousands of Greeks have already left the country or are planning to abandon it, realizing that their high skills and education have no prospects in the suffocating environment of Greece today. The Greek society faces two choices now, either to stand with creativity and openness in front of the Fourth Industrial Revolution, to follow the digital transformation and to exploit opportunities, or to remain attached to old fashioned models and face the future by defending its past. The first option will keep us after 20 years, on the list of most developed economies, while the second, with mathematical precision, will lead Greece to the poorest economies Πηγη:Euroscientist