The news came through the newsletter of the Max Planck Institute in Germany. The leading Greek Professor Nikos Logothetis, the famous explorer of thought, who by using the MRI managed to make the biggest achievement in understanding the mechanism of our most complex and most valuable organ, the brain, limits his research into the brain of rodents, after 19 years of investigation of primate brain (monkeys). The professor and director of the Max Planck Institute for Biological Cybernetics in Tübingen, Germany, is at the forefront of this most modern branch of biology, using a powerful scientific “tool”, functional MRI ( functional Magnetic Resonance Imaging). The Professor’s team were the first people that were able to watch directly the function of the neurons of monkeys while conducting fMRI (functional magnetic resonance imaging), and to determine the correlation between fMRI signals and activity of nerve cells . In other words, the Greek scientist was the first who managed to “see” the brain of primates just at the time of “thinking”, having in his hands, through fMRI, a running video instead of simple still images of the study area and doing implementation to the human brain.

His recent decision to focus his research only to the study of neural networks of the rodents comes as a result of endless and suffocating pressure on himself, and his research team from some pro-animal activists who protest for animal rights in extreme ways, while the international scientific community stands impassive, without reaction showing great tolerance towards them. Scientists complain that they are often the victims of extreme and illegal actions by some activists and accuse them of violating their privacy, stealing scientific papers, even deliberately making provocation of anxiety in animals in order to film alleged torture or unnatural behaviours while continuously publish in media unfounded, misleading and insulting accusations against scientists and scientific activities, being not disputed by anyone. As s misinformation and exaggeration on the internet seems to be the norm, there is no hope for reasonable actions. Although some pro-animal activists as a rule are right in protecting animal rights, some extremists among them are creating trouble for scientists based on unsubstantial and fake accusations. The scientific community does not proceed to prosecution of extremist activists who engage in wrongdoing, generally stays inert and leaves its members to discredit, trying to become complacent, believing that this type of reactions is a “balloon” that will deflate. The researchers, however, can’t be quiet and safe when they are accused as criminals and torturers of animals and they are considered as a big faux pas of the international scientific community that for decades there was not active enough to prevent such reactions and to put on the table the right laws and regulations governing scientific research of science and especially biology, harmonizing with the social rules. 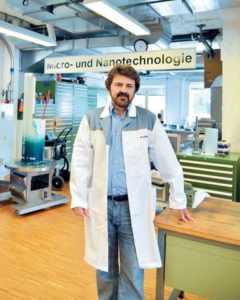 The debate between opponents and supporters of animal testing is ongoing and not at all productive. Sometimes society is witnessing excessive reactions of activists, as in the case of the French AirFrance, the operator who used to handle primates in laboratories for research, pressed by animal welfare organizations to stop this “unacceptable” facility they offered to scientists. It was the same pressure that forced the airline United Airlines to announce discontinuation of transporting monkeys for experiments in laboratories within the US and worldwide. But the police statement has occasionally recorded similar incidents. It is significant that by 2006 the FBI in the US protected several times attacked researchers and their families from different groups, for intimidation. According to the US Office of Technology Assessment it is estimated that every year 17-23 million of animals are used in research. 95% of these are rodents from specific research rearing, 4.25% are rabbits, guinea pigs, sheep, fish, frogs, insects and only 0.75 % of animals in research are monkeys, cats and dogs. Each side, however, maintains its arguments, and the convergence is not achieved, despite the efforts of the scientific community for the rational management of laboratory animals, offering a good standard of living for them and turning partly in other experimental models. Scientists point out that the investigation is at risk if we do not change the strategy of dealing centrally by each country and not by individuals or groups.