Home IS SCIENCE THE ANTIDOTE TO RACISM?

IS SCIENCE THE ANTIDOTE TO RACISM?

Last month students from the Department of Biochemistry & Biotechnology, University of Thessaly, Greece, were asked, during their examinations, to “explain how they would use their knowledge raised from Biology to counter racist perceptions in any kind of discrimination.” And this came up from the UN statement that “there are no races only clines!” Although science constantly proves that people are more alike than different, racism continues to exist at every level and to increase sharply. Scientific findings are often ignored, deliberately misinterpreted or not included in the racist agenda of extreme nationalist groups. Such groups have occasionally invoked genetic research, such as the digestion of lactose in milk, or the genetic markers for the intelligence of people with ancestors from different continents to claim a fictitious “racial superiority” over skin colored populations. In the opposite side education and deep knowledge of science, can help citizens fight these trends. 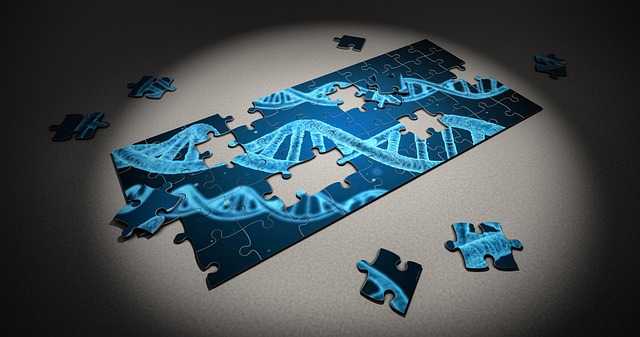 Undoubtedly, there are biological differences among the populations, which it is scientifically proven to be minimal and superficial, as the characteristics we share as humans are deeper. In a recent statement the American Society of Human Genetics denounces this misuse of genetics to feed racist ideologies [1]. It claims that there is only genetic diversity among human populations, which is linked to immigration and the mix of populations during human history. Note that this scientific society has around 8,000 members and is the largest scientific society in the world who studies human genetics. However, in some cases they are scientists who enhance the dynamics of racism, such as the Nobel laureate James Watson, the “father of DNA”. He, in 2007, lost Honorary titles because he claimed in public that genetics cause a difference in intelligence between black people and white people without providing scientific evidence.

“Race” is a social perception

It was in 1942, during the Second World War, when the anthropologist Ashley Montagu had the courage to publish his book entitled “Man’s Most Dangerous Myth: The Fallacy of Race” claiming that race is a social perception without genetic base. It was about the same time when racism got involved into “science” by helping Adolf Hitler satisfy the millions of Germans after the defeat of the First World War. According to Dr. Christos Yapijakis, an Assistant Professor of Neurogenetics, University of Athens, tribalism or racism is not based on scientific knowledge, but on fiction and obsession: “As Karl Popper highlighted in 1945 in his book “The Open Society and its Enemies”, racism of the Nazis and their ideas about “purity” of the race and eugenic methodology were based on Plato’s “Republic”. The Nazis accepted the Platonic myth of metals which categorizes people in gold, silver, copper and iron, and the divine prophecy that the Republic would be destroyed when it was ruled by people of copper and iron. “The belief in the metaphysical racial myth, which is more related to Platonic idealism than to scientific observation, has led to the Nazi laws of supposedly “racial redevelopment” and to the criminal extermination of millions of people in concentration camps,” says the Professor. “All this was done with the help of doctors and biologists, such as Mengele, who made inhuman experiments in Auschwitz” he concludes. Thirty years later, in 1972, the findings of the famous geneticist Richard Lewontin of Harvard University, reinforced Montagu’s argument [2]. The scientist studied the types of proteins in human blood in a sample of people from seven regions (Eurasia, Africa, East and South Asia, America, Oceania and Australia) and caused the collapse of biological “race “. By analyzing and statistically correlating the genetic differences between the sample populations, he demonstrated that human populations are “impressively similar to each other” from a genetic point of view. The most striking of all was, of course, that genetic diversity among different and geographically remote populations was minimal, while the genetic diversity among people of the same population living in the same place was proportionately much larger!

Science has proved that people are alike

The above were confirmed in 2002 by a landmark study [3] in Stanford where scientists examined human diversity in seven major geographic areas using 4,000 allele genes. According to the study, more than 92% of alleles were found in two or more regions, and nearly half of the alleles studied were present in all geographic areas. The observation that the overwhelming majority of alleles are distributed across multiple regions or across the globe indicates the fundamental resemblance of all people around the world – an idea supported by many other later studies. “There are no human races”!, says the chairman of the Foundation of Research and Technology-Hellas (FORTH) in Crete, Prof. Nektarios Tavernarakis and continues:” There is no scientific evidence for “gene supremacy”. How and by whom is this “supremacy” defined? Related to what? Who is more “smart”? Who runs faster? All these are social structures to serve specific ideological references, “concludes the Greek scientist. The same proves the director of Department of Evolutionary Genetics. Max Planck Institute for Evolutionary Anthropology, Svante Pääbo. The leading scientist, for years now, is exploring and comparing DNA from 38,000-year-old Neanderthal mankind and Denisovan, with DNA samples from various populations of modern humans. The successful findings of his researches are indeed exciting: “we all have a common ancestor 400,000 years ago!” [4]. The latest revolutionary developments in DNA sequencing technology and particulaly the Human Genome Project-HGP in 2003 [5], allowed scientists to trace the genetic origin of populations centuries ago, even before the blending of Western African and European gene pools in America that have been almost isolated over the past 70,000 years. Today, scientists prefer to use the term “origin” to describe human diversity with respect to the geographical origin of the ancestors [6]. In a clinical setting, for example, scientists are now saying that diseases such as cystic fibrosis are common in people from Sub-Saharan Africa or Northern Europe and not in black or white people. “Genetics gives us the opportunity to understand how biology unites us as humans,” says Stanford Medical School professor John Ioannidis and continues: “In a book a few years ago I wrote that:” Every man looks more like others rather than himself “. If we want to understand ourselves better, we must first understand and respect the others. It is regrettable when people, groups or whole peoples are fed with superiority beliefs”.