Home Greek Media still turn their back to science

Greek Media still turn their back to science

The rise of fake news in addition to the world of politics seem to dominate the world of science also. But what’s the worry about it if there is no science in the daily news? Fake news is produced using false information, with the goal of sharing it as real news to influence people. In Greece, the problem in the science realm is not deciding where is the line between bad science reporting and fake news but where is science reporting in Greek daily news broadcasts.Believe it or not it’s not an easy time for scientists and science journalists to talk about science to the wider public in Greece. Although scientific research is important because it provides answers to the most persistent challenges our societies face, including climate change, public health and food security, Science is underestimated by Greek media which believe that is not “catchy” in time of fiscal crisis. 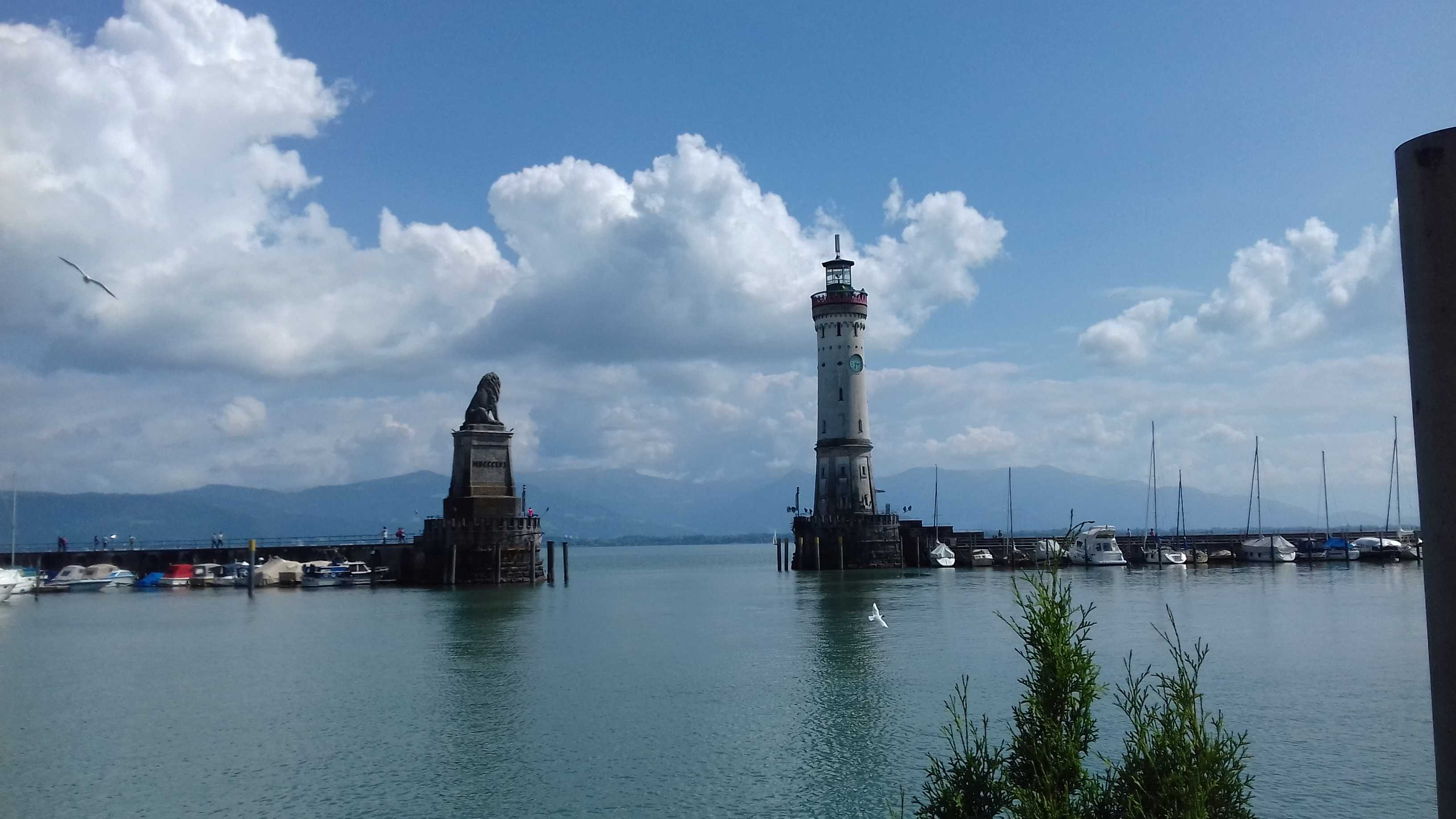 The Greek media culture systematically imposes the ignorance concerning Science. Instead of it they promote other news and only in a negative way. In fact they “sabotage” positive news. Given all my work for the last 25 years, it is truly a shame that Greek media still deny to get involved with science and the scientific community have yet to find innovative ways to convey their knowledge to the public. I can relate. I’m a Greek Biologist and Science writer. My articles concerning science have broad impact on to the public. Sadly my job has ended up a month ago. Since the beginning of the fiscal crisis in 2010, the publishing market in Greece has shrunk dramatically. Many major publishing groups have been in jeopardy from financial difficulties. The groups have been “strangled” by the banks and one thousand of people were put into unemployment. A month before the 67th Lindau Nobel Laureates Meeting a big traditional publishing company, “Pegasus,” with four newspapers (among them, my employer, “Imerisia”), plus 9 magazines and 3 websites, collapsed. There are 450 people unpaid for seven months and who, by my attendance to Lindau, were still on strike. In fact we are all still on strike. 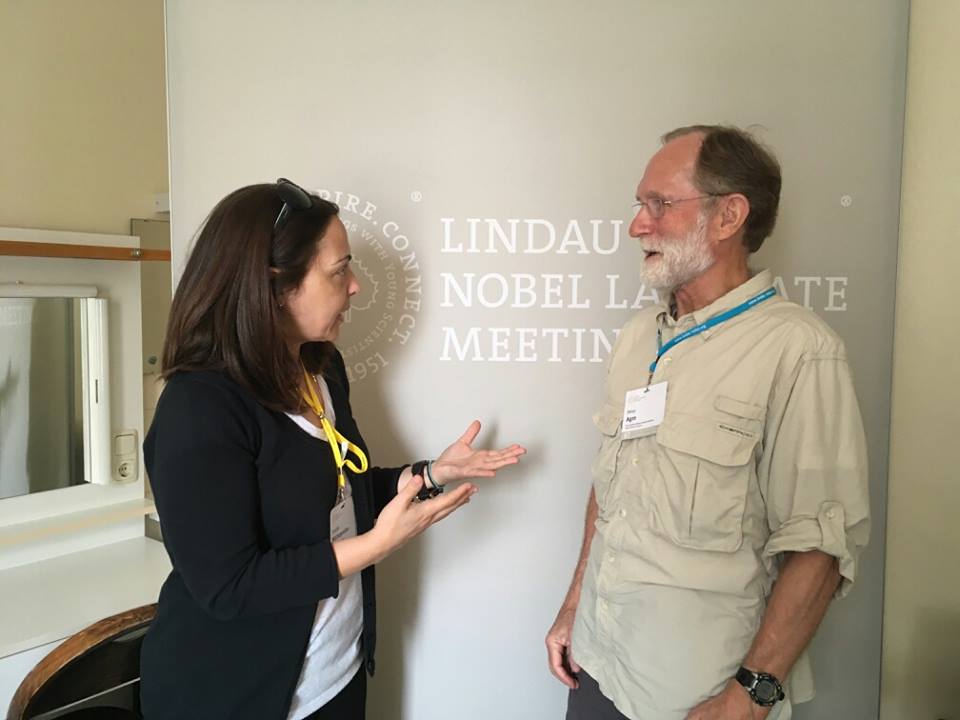 I left this situation aside and I traveled to Lindau with the hope that something positive would happen.My first disappointment by my arrival to the small Bavarian city came when I realized that no other one from Greek media was interested to covering this unique global scientific event. Not even the public TV. In fact I’m not sure if they aware of the scientific meeting. Although Greece was represented by a Turing awarded Greek scientist and six new researchers, the Greek media were absent. I was the only Greek journalist there and this was a shame, while there were many journalists coming from other continents. Besides, I have more than a thousand facebook friends-journalists and no one called me to give him a report from the heart of the event via cell phone or via skype. Although I knew that I didn’t have a news platform any more to publish my articles I was very excited about the idea of meeting and talking with Nobel Laureates thinking that I could publish some interviews with them on another Greek newspaper as a free lancer. And here comes the paradox and my second disappointment: In the country where science was born more than two millennia ago no one from the media landscape was interested to publish exclusive interviews from five Nobel Laureates. And the frustrating fact is that I didn’t ask for money! By my return home I called a lot of colleagues and friends asking them to publish my interviews and I took the same answer: we are not interested. Some of them were blocked by their boss although they realized how precious this material was . I finally, after a hard struggle, found a newspaper to publish three of my interviews but I had lost my courage. Although there are some Greek science journalists working in editions for science (which are very few) and also some science communication groups that focus entirely on communicating science findings for the public in a format that grabs attention, they are still blocked by the Greek media culture which influences public attitudes. As for myself I’m working hard to share the research with the public. I have written uncountable pieces about science for media outlets, I published a text book (-a unique in it’s kind- popularized science in Greece), I’ve been working as a press & communication officer for the university and I’m organizing science festivals and cafes. I took part in a Press Talk on ‘Science in a Post-Truth Era’ hosted by Deutsche Welle during the 67th Lindau Meeting and I heard Prof. William Moerner, one of the Nobel Laureates in Chemistry in 2014 encouraging other scientists and journalists also to talk to their friends and family about science. He claimed that “science is not an alternative fact. It’s something we have to use if we want to push our future forward”. And here comes the question: How can you do that in a country that media seem to be an unfriendly world for science and promote day and night role models from reality shows like the recently popular in Greece “Survivor”? It is crucial that Greek media are mindful of the consequences for society of dismissing science. There may be a need for media to undertake training in understanding science and its value for society and growth. There are plenty bright scientists and younger investigators in Greece that feel isolated because of the widespread social scientific illiteracy, and the media should do their part in distribution of scientific information and improving critical thinking. Science will continue to contribute answers to many of today’s persistent challenges. More than ever, we, the science journalists need to find platforms to broadly share the importance of science with the public. I’m living for the time that Greek media will understand the importance of science in improving our way of thinking, economy, health, food security and the environment and replace reality shows with science. If they will ever!