The great Plague of Athens, the terrible epidemic that swept through the city state of Athens from 430 to 426 B.C. was the cause of death not only of many thousands ancient Athenians, including their leader Pericles, but also the cause of the decline of the most historic Democracy of the world. The cause of the Plague of Athens intrigued the global scientific community for a long time. Based on Thucydides’ descriptions scientists and historians had tried for years to offer theories about the underlying disease suggesting about 25 different possibilities. 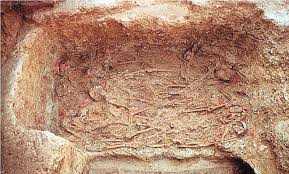 Among them there was the theory that the Ebola virus caused the Plague of Athens, according to Anthony Ramirez in an article published in New York Times in 1996, which was brought again in public recently. Ten years later, in 2006, Greek scientists provided the first scientific evidence regarding the Plague of Athens derived from analysis of DNA of skeletal material. Almost two and a half millenia after the historical event the Greek scientists discovered that the Plague which devastated the Athenian society of classical era was a particularly aggressive strain of Salmonella enterica Typhi. The discovery was made possible with the cooperation of Effie Baziotopoulou-Valavani, an archaeologist who found a mass grave of ancient Athenians who were apparently victims of the Plague, Dr. Manolis Papagrigorakis, Professor of Orthodontics in University of Athens Dental School, who collected and stored the skeletal material, his collaborator orthodontist Dr. Philip Synodinou and Dr. Christos Yapijakis, Professor of Neurogenetics in University of Athens Medical School, who performed the molecular analysis and identified the DNA of the pathogen. 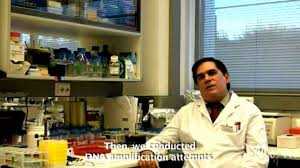 Scientific research revealed that the cause of the Plague of Athens was typhoid fever. As Professor Yapijakis explains:”From a mass grave of over 150 people which was discovered in the ancient cemetery of Athens, Kerameikos, archaeologically documented to belong in the period of the Plague, we collected and examined skeletal material. We specifically tested pulp DNA from teeth of three different skulls found in the mass grave, because the enamel is a very resiliant substance and offers excellent protection to the DNA material within the pulp.We hypothesized that the infectious pathogen that caused bacteremia to the victims of the Plague would have remained trapped into the teeth and so its genetic material would have been unaffected by external factors. We tried to PCR amplify microbial DNA sequences related to possible diseases proposed according to the descriptions of Thucydides. Six initial attempts for bubonic plague, typhus, anthrax, tuberculosis, cowpox disease and cat-scratch disease failed to detect the respective DNA sequences. At the seventh attempt genetic material of the pathogen causing typhoid fever was identified in studied Athenians of the era of the Plague. We amplified parts of three genes of the bacterium Salmonella enterica serovar Typhi. We followed very strict laboratory conditions in order to exclude the possibility of contamination from the environment, which is always the biggest risk for ancient DNA studies. Furthermore, we isolated total DNA from the soil covering the teeth and performed the same molecular tests with negative results. Consequently, Salmonella enterica Typhi was absent from the surroundings. Anyway, it is known that the bacterium cannot survive in the environment more than a month. Finally, to avoid contamination, we conducted the whole research in three different laboratories in which this pathogen had never entered before. Obviously, we have not completely dismissed the possibility of another coexisting infectious disease yet, but we are certain that at least some victims of the Plague had typhoid fever”. The Greek scientists were able for the first time to provide scientific evidence regarding the epidemic and this was a historic triumph of Molecular Biology and Genetics. It is worth mentioning that this research involving ancient DNA from archeological material was the first of its kind in Greece. After a careful study of the relevant bibliography, Professor Yapijakis chose for his research a methodology of “suicide” PCR developed by a team from the University of Marseille. The French team had studied teeth from victims of the medieval epidemic of “black death” and they had successfully identified the responsible pathogen of the bubonic plague. Although there have been previously some suggestions for transferring the skeletal material and performing this ancient DNA research abroad, the Greek researchers had the strong desire to carry out this investigation in Greece. “It is obvious that our research is a triumph of the rapid development of Molecular Biology techniques which made possible the study of ancient DNA samples. Thirty years ago, we could not even imagine to examine the genetic material of an organism that lived two or three millennia ago”, adds Professor Christos Yapijakis. The Greek scientist said that these results should in time be confirmed by the study of other teeth from mass graves of the same period.