Co-design and Co-creation research in Greece

Traditionally science is conceived in terms of individual achievements and this is not surprising. Developing policies and plans (private or public) to support scientific research is also about enhancing individual competencies and efforts. Stories of scientific discovery and success tend to focus on individuals and their achievements. But success in science is a “team sport” although usually only scientists participate to it. Often, the way in which certain studies are carried out, promoted and rewarded does not reflect the priorities of society. At the moment, much research is conducted in the name of society and funded by its resources, but it doesn’t return to society in the way it should. 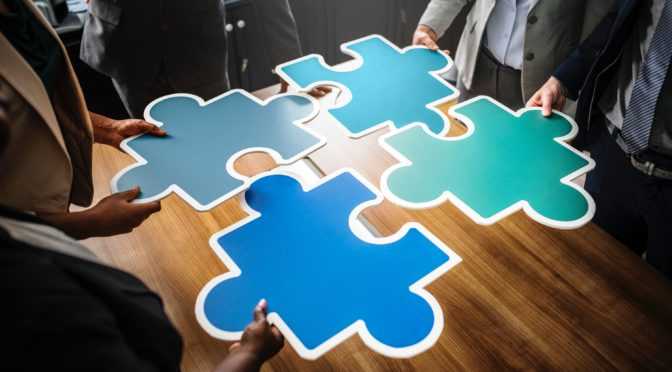 But something seems to be changing lately, since it is slowly becoming apparent that better research is produced when researchers and society work together. This becomes clear listening to debates within the international scientific community during international forums like ESOF 2018 or Lindau Nobel Laureate Meetings 2018. It is also promoted by the EU notably in a part of the specific program for the implementation of the ‘Horizon 2020’ framework program for research and innovation (called “Science with and for Society” (SWAFS). According to scientific journals like Nature, a growing number of research activities at the international level are beginning to adopt this approach. Scientific teams often work with appropriate social groups to conduct joint research. And the “joint”, in some cases, applies at all stages, from the initial conception of the idea and the formulation of the project to publication and follow-up. This research “co-production” needs to be adapted to different circumstances. Climate scientists, for example, work with farmers to adapt research projects focused on changing climatic conditions, whereas health researchers collaborate with patient associations to develop applications that will serve their needs. Lately, in Greece also becomes clear that “co-production” with society leads to better research, both technically and ethically, because it represents more actors and it is more equitable. It is characteristic that in the framework of 2014-2015 “SWAFS” of a total of 667 research proposals submitted, 175 involved partners from Greece. Here are two examples.

In one approach for the management of chronic pain, adopted by the Lab of Medical Physics, Medical School of the Aristotle University of Thessaloniki, Greece, the members of the Hellenic League Against Rheumatism (ELEANA) work as an advisor group for the development of a “smart” innovative application for self-management of chronic pain named EPIONE. The Lab team is working on the development of an educational device in the form of virtual patients, aiming at its use in self-management of chronic pain associated with rheumatic diseases. “Virtual Patient” is defined as an interactive, information-based simulation of real-life scenarios in the form of serious games for the purpose of practicing, training or evaluating”, explains Associate Professor Panagiotis Bamidis, who leads the Laboratory. The members of ELEANA Association contribute to the development and evaluation of the appropriate scenarios of faithful simulation of their daily lives for self-help. By using the device, they aim to develop specific skills to deal with situations in real life which are similar to those they are called upon to handle when using their virtual patients. EPIONE has been developed within the framework of RELIEF project funded by the European Commission under the Horizon 2020 program.

Researchers of the Medical Physics Laboratory, Aristotle University of Thessaloniki, held last May the first co-working meeting on the “AD-AUTONOMY” project with final users. This is essentially a unique and innovative training program based on active participation – both in the design/development of an online platform, as well as in its use/evaluation, and education of people with memory disorders, their families and health professionals. It focuses on experiential, practical activities in everyday life, aiming to increase the competences (attitudes, skills, knowledge) of persons with Initial/Mild Alzheimer, families and caregivers, and to improve their quality of their life through an innovative training program. The project’s main goal is to enhance the autonomy and independence of people with memory disorders in decision-making, promote it through education and support the process of empowerment with appropriately designed technology and techniques for emotional management. “The involvement of stakeholders in the ongoing sessions is particularly important so that the concept of autonomy is understood through both the main available and newly proposed approaches. The prospects and project ideas are explored in a group of individuals before proposing specific competencies, activities and tools to preserve and support the autonomy of people suffering by memory disorders” explains Despina Mantziari, research associate of the Medical Physics Laboratory. “AD-AUTONOMY – Development of a training program for enhancing the autonomy of persons with alzheimer is a European 24-month European research project, with partners also from Spain, Turkey, the United Kingdom and Slovenia. In any case, research “co-creation, co-production” may require a different approach in finding ways to include and reward people working outside the academic community. We need to recognize that some projects often require time and do not necessarily lead to academic success but can produce practical results that make people’s life easier. Better ways of analyzing and measuring the success of co-productive research are also needed. Perhaps publishers and scientific journals could play a role. For example, a small step would be to be able to include all the contributors who play an important role in the research. Euroscientist